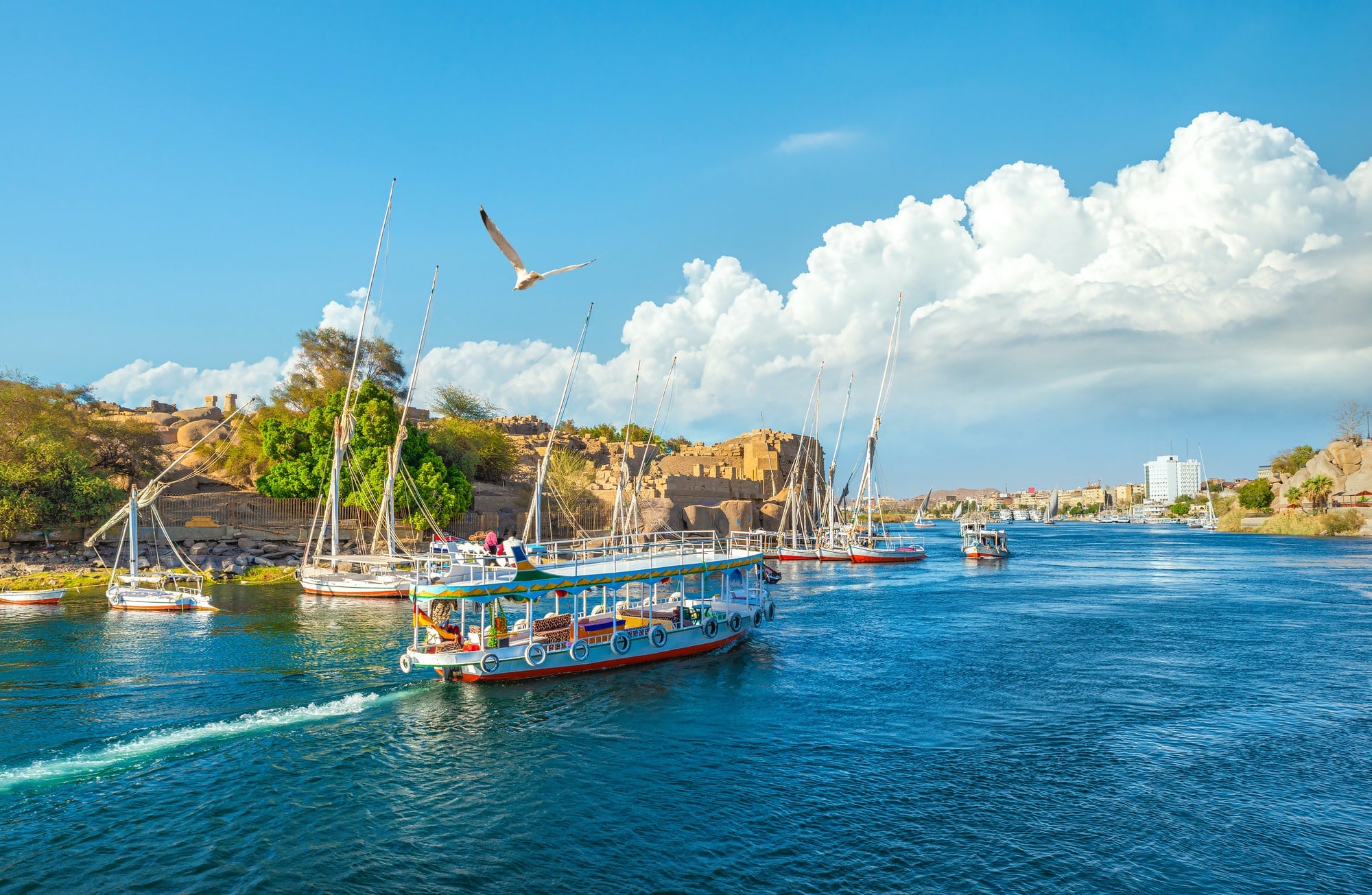 There are several places to enjoy a Nile cruise in Egypt. The Nile is the father of African rivers and the world’s longest river. It originates south of the Equator and runs north through northeastern Africa, eventually draining into the Mediterranean Sea.

The Nile River in Egypt is one of the most magical rivers in the world, and a trip on it is the ideal opportunity to see ancient Egypt’s history. The Nile River is extremely important to ancient Egypt. This is because most of the country’s historical landmarks, including Luxor and Cairo, are located along its banks.

The greatest way to see Upper Egypt is on a cruise. Nile cruise ships in Egypt are also known as floating hotels. They allow you to relax while taking in the magnificent vistas of Egyptian history and 5000 years of culture as they slowly drift by.

Nile cruises frequently explore a wider range of antiquities along the river’s banks. They also help tourists to obtain a perspective of rural Egypt, which is equally significant.

If you are interested in going on a Nile cruise in Egypt,  from Cairo to Aswan, these are some spectacular places you’d see.

Interesting Places To See While On The Nile In Egypt

The Temple of Horus, devoted to the falcon-headed god and one of Egypt’s best-preserved structures, is located near Edfu.

When viewed from the water, you’ll see the distinctive double temple at Kom Ombo is quite striking. You’ll also be witnessing the columns rising over the riverside will be one of the highlights of your Nile cruise in Egypt.

The temple is dedicated to the crocodile god Sobek and the winged medicine god Haroeris. It contains some fascinating hieroglyphs as well as crocodile mummies.

It is Egypt’s historical capital and is referred to as the “world’s greatest open-air museum.” The number of monuments in the Luxor area, as well as their preservation, are unrivaled anywhere else in the world.

The Nile divides Luxor into two parts: east and west banks. Gardens, traditional bazaars, restaurants, and hotels may be found on the East Bank. This is a more modern man-made metropolis.

The best way to view Luxor while on a Nile cruise in Egypt, is by the early sun rays while floating in the skies. Try to take a Hot Air Balloon ride early in the morning. This hot Air Balloon ride is perfect for couples and families who want to see beautiful places together.

Valley of the Kings

On the Nile cruise in Egypt, you’d get to see the Valley of the Kings. It was a burial cemetery for pharaohs from Egypt’s 18th, 19th, and 20th dynasties. It was perhaps Egypt’s most well-known site after the Great Pyramids of Giza.

There are 63 tombs in the Valley of the Kings, the most renowned of which is that of Tutankhamun. Also, it was discovered by Howard Carter in 1922. Many of the tombs feature colorful murals that are fascinating to see.

The neighboring Temple of Deir el-Bahari is well worth a visit; within are statues and reliefs of Queen Hatshepsut. This was to indicate her equal authority to male pharaohs. If you are a historian, you’d love this view.

It is a big city you’ll see while on the Nile cruise in Egypt. The four colossal sculptures that guard Abu Simbel‘s entryway welcome you to one of Egypt’s most impressive sites.

The great temple of Ramses II is lit by sun rays twice a year. It is also lit once on Ramses’ birthday and once on his coronation. This is to reflect ancient Egypt’s might over Nubia and its southern neighbors.

There is also a tiny temple dedicated to Ramses II’s queen, Nefertari. It is one of the few places in Egypt where male and female statues are of equal size. Inside, the walls are covered with writings detailing Ramses II’s military successes and personal lives.

Dendera is located on the Nile’s west bank and is the site of an exceptionally well-preserved temple complex. It is usually regarded as the best-preserved in all of Upper Egypt. It is one of the exciting places to see as you are on a Nile cruise in Egypt.

The magnificent temple of Hathor, the goddess of love, beauty, joy, and healing, is surrounded by a tall mud wall. The relief of Cleopatra and Caesarion, her son with the Roman ruler Julius Caesar, was added to the temple during the Roman era.

If you are so interested in learning more, you are allowed to ask the guide more questions about this spectacular temple

Abydos is a bit of a mystery, which makes exploring the complex a fascinating journey of discovery and mystery. Abydos was a sacred burial ground dedicated to the cult of Osiris, the deity of the dead, for generations. You will get to discover ancient history about Abydos as you go on the Nile cruise in Egypt.

While the Great Temple of Seti I forms the heart of the complex. You shouldn’t miss out on the Gallery of the Kings. It has a comprehensive list of pharaohs and, mysteriously, what look like drawings of modern machines.

It is Egypt’s southernmost county, located south of Cairo, and offers spectacular views of the Nile River and Nile Valley flowing past granite cliffs. You will also see an emerald island with tropical palms.

The Temple of Philae, the High Dam, the Unfinished Oblique, the Mausoleum of the Aga Khan, the Aswan Souk – a bustling Egyptian bazaar, and the Aswan Museum may all be found at Aswan.

There are other islands and sites to visit from Aswan including the Elephantine Island, Lake Nasser, Kitchener’s Island, and the Saluga and Ghazal Islands.

The Nile river cruises in Egypt usually begin or end in Cairo. It is a bustling, intriguing, and colorful capital. Historical sites abound in Cairo, but the Egyptian Museum is the crown jewel, a treasure trove brimming with ancient Egyptian relics. For a modest charge, you can enter the world-famous Royal Mummy chamber.

The Egyptian capital has also served as the setting for several Hollywood films. It has appeared in films including Cleopatra (1963), James Bond’s, and The Spy Who Loved Me. You’d have an opportunity to see these movie locations by yourself and capture beautiful memories.

Types of Nile Cruises in Egypt

A small ship tour, a dahabiya, or a felucca are the three options for cruising the Nile. Typically, you’ll spend all of your time on one type of boat. Though many small ship cruises include the option of spending a day or perhaps a night on a felucca.

These classic wooden boats you can enter while on a Nile cruise in Egypt. They are also generally propelled by sail but can also be propelled by oars, allowing visitors to navigate the Nile as people have done since time immemorial.

Furthermore, they don’t have cabins or running water, but they do feature a mattress on deck for stargazing (and sleeping!), and a canopy provides shade and protection from the sun throughout the day.

The main advantage of felucca travel is the opportunity to interact meaningfully with locals as well as access areas not accessible by larger ships. A Nile cruise in Egypt also includes great meals, lodging in cabins, and visits to historical sites, all of which are included in the fee.

With roughly 300 on the Nile, these are by far the most common tourist boats, carrying between 50 and 150 passengers and including all meals and excursions.  In addition, they provide everything you might want for a cruise on the sea, including air-conditioned, en suite cabins, a restaurant and bar, a pool, a sun deck, and a lounge, even on the smaller ships.

Tours run between Luxor and Aswan, or vice versa, and last anywhere from three to seven nights. When you’re on the river, though, the views are spectacular; if possible, get a cabin on a higher deck so your view isn’t obstructed by the riverbanks.

A dahabiya, which is effectively a sail-powered houseboat, has the nostalgic attraction of a felucca without the need to rough it.

A typical dahabiya also features a spacious salon, wood-paneled cabins with en suite bathrooms, a library, and an upper deck for dining, and can accommodate between 12 and 20 passengers.

Fresh food is purchased daily from markets and farmers by a resident chef, so you’d be enjoying a sumptuous meal, and outings are escorted by a professional tour guide.

Start Your Adventure in Egypt

Go on a Nile cruise in Egypt to immerse yourself in the rich history of ancient Egypt; there are also other wonderful alternatives to exploring the ancient city of Egypt. Whichever Nile cruise you choose, you will have great experiences to last a lifetime.

All of our Nile river trips include spacious, air-conditioned cabins with hotel-style beds and Egyptian cotton sheets. While taking in the sights and sounds of the Nile, you’ll be able to experience the best of Egyptian food onboard, including fresh salads, sizzling flatbreads, and delectable hummus and falafel. 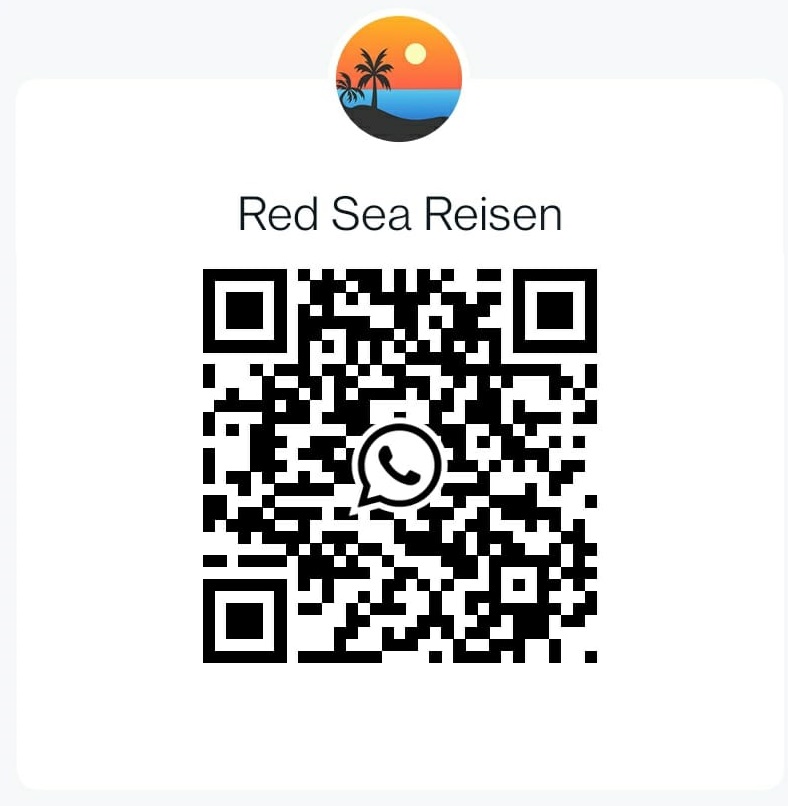 Manage Cookie Consent
We use cookies to optimize our website and our service.
Manage options Manage services Manage vendors Read more about these purposes
Preferences
{title} {title} {title}
This site uses cookies to offer you a better browsing experience. By browsing this website, you agree to our use of cookies.
More info Accept
WhatsApp Chat
1
Hi there
Scan the code
Thank you for choosing us
Hi there

We are committed to providing our visitors with a great experience, and we hope you enjoy your time here.

We are on WhatsApp chat during local business time.