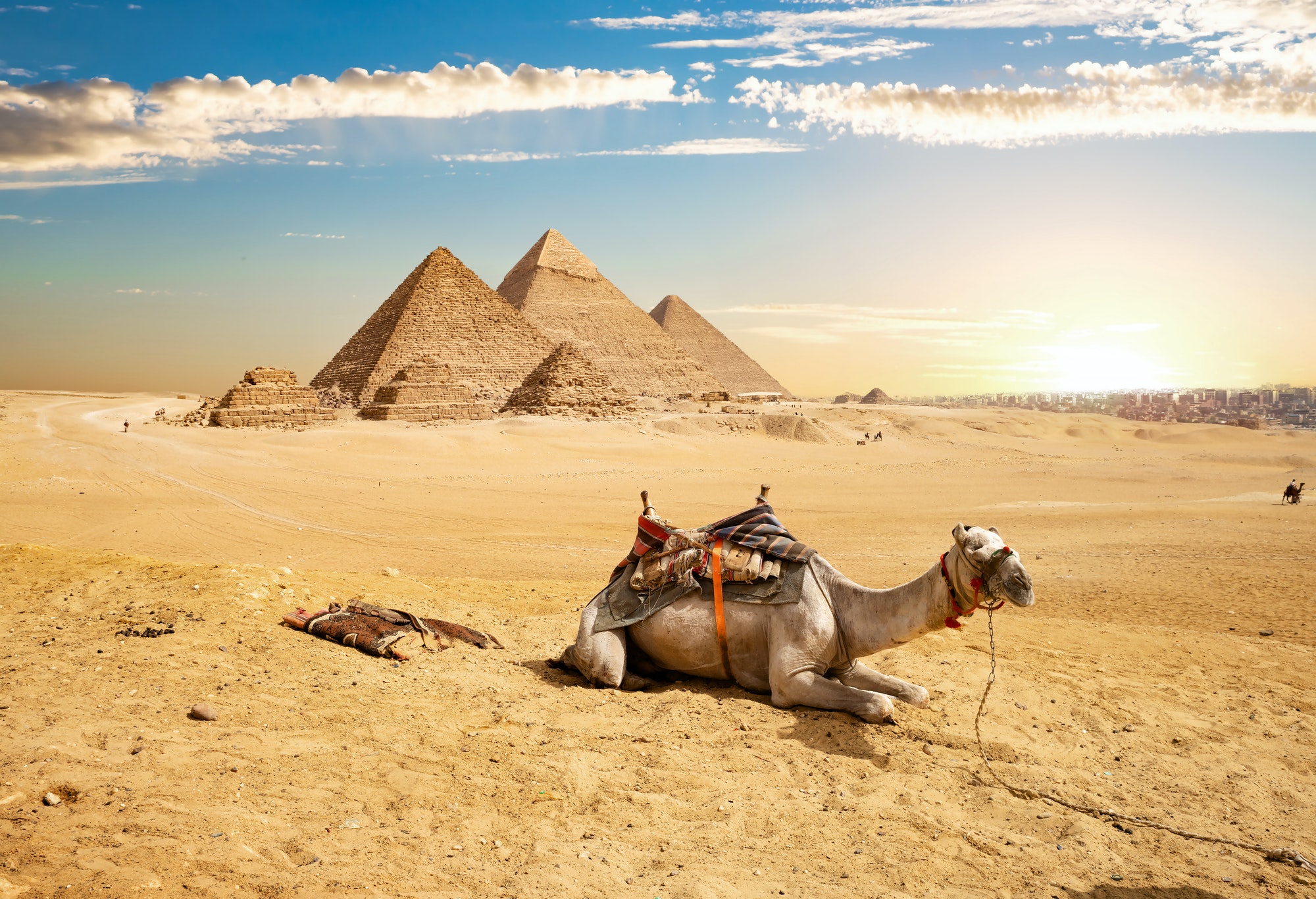 There are so many historical places in Egypt where you can learn more about their tradition. For decades, travelers from all over the world have been enthralled by ancient Egypt.

Many people are drawn to the promise of well-preserved ruins, old tales and legends, and a sense of mystery. Especially because the majority of us have grown up knowing about the ancient world in school. If you have been watching it on TV or in movies, and studying about it in textbooks.

So, if you are an adventurous traveler searching for a private Egypt trip to step off the beaten path and experience something unique, this post is for you. Here are some of the most fascinating historical places in Egypt.

Luxor Karnak Temple and Valley of Kings and Queens

Luxor, Egypt’s Nile-side town, is known for the Valley of the Kings, Karnak Temple, and Hatshepsut’s Memorial Temple.

It is in the historical Thebes, the capital of the New Kingdom pharaohs, and the site of more scenic spots than most tourists can see in a short trip. It is one of the historical places in Egypt where you can find ancient temples.

The two temples of Karnak and Luxor, and the museum, are situated on the Eastern Bank. The West Bank’s lush farmland and treeless cliffs are home to the vast majority of tourists. It also has several tombs and temples that have been termed the world’s largest open-air museum.

It is the last surviving of the Seven Wonders of the World World, it is one of the world’s most famous landmarks.

Furthermore, these tombs of the Pharaohs Cheops (Khufu), Chephren (Khafre), and Mycerinus (Menkaure), protected by the enigmatic Sphinx. They have enthralled travelers all through the eras. They are probably at the top of most tourists’ checklist of tourist sites to see in Egypt. Also, they are often the first sight they see after landing.

Presently, seated on the sandy side of Cairo’s sprawl, these massive stone statues to dead pharaohs are still as awe-inspiring a scene. Also, they’ve ever been and also an undisputable showcase of any Egypt tour.

In a country where temples exist, Abu Simbel is one of the historical places in Egypt that stands noteworthy. This is Ramses II’s beautiful temple, with large statues guarding the entrance and a beautifully decorated interior with wall art.

Touring Abu Simbel is about admiring the global effort to save the temple. It is about staring in delight at Ramses II’s awe-inspiring construction achievements. As you tour, you can capture the moments of the remarkable sites.

When you explore this beautiful historical place in Egypt, you’d find Mosques, madrassas (Islamic schools of learning), and monuments. This is where you’ll discover Khan el-maze Khalili’s shopping souq. It is where coppersmiths and artisans still have:

There is still a great history to learn here. Explore the Al-Azhar Mosque and the Sultan Hassan Mosque, and ensure that you visit the rooftop of the historic medieval gate of Bab Zuweila. This way, you’ll get the most beautiful view of the town’s minarets.

Cairo’s Egyptian Museum is a treasure house of the Pharaonic era and is one of the world’s finest museum collections. An impressive variety of exhibits are displayed in the fading pink palace in central Cairo.

It’s a jumbled mess, with minimal labeling and no chronological order, but that’s part of its vintage charm.

The pile of golden treasures discovered at Tutankhamen’s tomb in the Valley of the Kings and also the unique Royal Mummies exhibit room are the museum’s two main attractions.

Each step you take here, nevertheless, uncovers a fantastic piece of antique artwork or sculpture that’d be the centerpiece of any museum.

The Grand Egyptian Museum is located just outside of Cairo on the Giza Plateau (close to the Pyramids). It will not only be Egypt’s new crown jewel, but also one of the world’s largest, most modern, and recognized museums when it is finished.

There are some fascinating facts about Egypt’s new Grand Egyptian Museum if you are interested in knowing more about the project’s history and the museum itself.

You should definitely visit here once it is completed. The Grand Egyptian Museum will house around 100,000 ancient artifacts, including 4,549 from King Tutankhamun’s tomb.

The Museum is planned to attract over 15,000 visitors per day, roughly three times the current museum’s daily visitors. This will bring the total number of visits to more than 5 million every year.

In addition, the new Grand Egyptian Museum, on the other hand, will be just 2 kilometers from the Pyramids. It will make the journeys between the two much easier for tourists and alleviate traffic congestion in both Cairo and Giza.

This is one of the most fascinating historical places in Egypt with aesthetic masterpieces. There are several additional temple ruins to explore here, but the Temple of Osiris is the main attraction for most visitors.

Its hypostyle rooms, which are adorned with papyrus-headed columns, include some of Egypt’s greatest relief-work, with scenes depicting the monarch and the gods of Ancient Egypt.

Because the temple is located north of Luxor and is not on the major Nile cruise ship route, it draws far fewer visitors than the temples in Luxor and along the Nile. This means it is possible to stroll the temple’s hallways with only a few other people around.

It is one of the world’s oldest monasteries and is located at the foot of Mount Sinai, in the Sinai Peninsula’s desert mountains, where Moses is claimed to have received the Ten Commandments.

In addition, this desert has monastery houses and burning bush. It also has an extraordinary collection of religious iconography, art, and manuscripts (some of which may be seen in the on-site museum).

A visit to St. Catherine’s usually includes a trek up Mount Sinai to watch the dawn or sunset. If you want a better view, climb the famous Steps of Repentance.

The Alexandrian underground library, discovered beneath the remains of the Serapeum, is made up of a labyrinth of subterranean tunnels and storerooms. It is thought that a portion of the Great Library of Alexandria‘s collection was kept.

Since it is one of the historical places in Egypt, you can tour these underground chambers and view the niches on the walls where the manuscripts were kept.

The Kom Ombo Temple is a UNESCO World Heritage Site. After visiting the Temple of Philae on a Nile cruise, you can go to the Temple of Kom Ombo, which is located on the banks of the Nile about 50 kilometers from Aswan.

This temple, built by Ramses II, is unique in that it is a double temple, with two symmetrical portions, one dedicated to the god Sobek and the other to the god Haroeris. Sobek had a crocodile head and a human body, whereas Horus had a falcon’s head. As you go into the temple, there is a crocodile mummy. So many sites to explore right?

Tanis is one of Egypt’s most fascinating destinations. The city has a wide range of attractions. Tanis Egypt Ark of the Covenant is one among them.

Many travelers travel from all over the world to see this gold-covered wooden box. Many myths surround Tanis, which you should not accept until you see for yourself.

So, come explore the city on your own and get a firsthand look at it. Make sure to visit during daylight hours so you can see and appreciate the statues.

Egypt’s ultimate culture and multi-faceted legacy provide you with a unique experience. These stunning Egyptian tourist attractions should be at the top of your list. Make an impression on them by booking your Egypt tour on our site.

Manage Cookie Consent
We use cookies to optimize our website and our service.
Manage options Manage services Manage vendors Read more about these purposes
Preferences
{title} {title} {title}
This site uses cookies to offer you a better browsing experience. By browsing this website, you agree to our use of cookies.
More info Accept
WhatsApp Chat
1
Hi there
Scan the code
Thank you for choosing us
Hi there

We are committed to providing our visitors with a great experience, and we hope you enjoy your time here.

We are on WhatsApp chat during local business time.